Ultraviolet (UV) light is commonly used for disinfection. It inactivates microorganisms (including viruses) by degrading their genetic material and structural molecules so that they are no longer infectious. UV light is commonly used for disinfecting water, air, and surfaces. However, the wavelengths that are most effective at inactivating microbes are also considered damaging to human skin and eyes.

The Covid-19 pandemic has made the world different and we all have new normal with much emphasis on hygiene and protocol on cleanliness. Numerous studies can be found on effectiveness of different types of disinfection and sanitization to protect human occupants at workplaces, public shared spaces and homes. UV-C lamps is one effective method of non-chemical disinfection widely used in public shared areas everywhere we go. Research has shown that when using the properly designed UV lamps with high output intensities and at specific ranges, UVC can change the RNA and DNA of bacteria and viruses including SARS-CoV-2. In fact, UV-C light can inactivate 99.9% of pathogens. 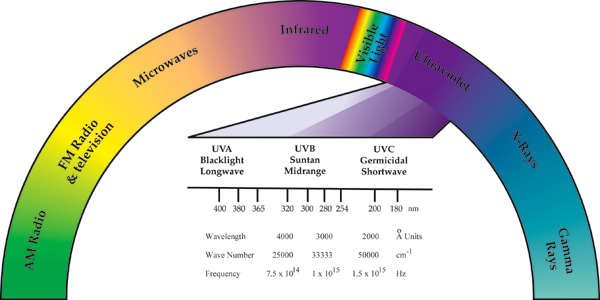 American Ultraviolet UV lamps have been safely operating in hospitals, laboratories, clean rooms, doctor’s offices, commercial buildings, food processing plant, and residences throughout the world- any place a concern for clean air exists. UVC Germicidal Fixtures from American Ultraviolet are unique. They feature the highest High Output (HO) Lamps, which provide much greater efficiency than lamps other companies offer. American UV lamps don’t lose as much germicidal energy when temperatures fall within the HVAC system, enabling them to kill more mold and bacteria across a wider temperature and air velocity range than all others.

Ultra violet or UV is generated by the sun. UV is part of the light spectrum. The full electromagnetic waves include Cosmic ray, Gamma ray, X ray, Ultraviolet Ray, Visible lights, Infrared Ray, Micro Wave, Long Wave and Radio Wave. The spectral range of ultra violet radiation is by definition, between 100 -400 nanometers and is thus invisible. The UV spectrum is subdivided into three categories

UVC
This ranges from 100 to 280 nanometers. Fortunately, UVC is completely absorbed by atmospheric Ozone and oxygen. Even with severe ozone reduction, UVC radiation would still be absorbed by the remaining ozone. It is known as short wave Ultraviolet. Also called germicidal Ultraviolet.

Ozone (O3) is an unstable form of oxygen. The word “OZONE” is derived from the Greek “Ozein”-meaning to smell. Ozone is a gas that occurs both in the Earth’s upper atmosphere and at ground level.

Ozone occurs in two layers of the atmosphere. The layer closest to the Earth’s surface is the troposphere. Here, ground-level or “bad” ozone is an air pollutant that is harmful to breathe and it damages crops, trees and other vegetation. It is a main ingredient of urban smog. The troposphere generally extends to a level about 6 miles up, where it meets the second layer, the stratosphere. The stratosphere or “good” ozone layer extends upward from about 6 to 30 miles and protects life on Earth from the sun’s harmful ultraviolet (UV) rays.

Ozone is produced naturally in the stratosphere. But this “good” ozone is gradually being destroyed by man-made chemicals referred to as ozone-depleting substances (ODS), including chlorofluorocarbons (CFCs), hydrochlorofluorocarbons (HCFCs), halons, methyl bromide, carbon tetrachloride, and methyl chloroform. These substances were formerly used and sometimes still are used in coolants, foaming agents, fire extinguishers, solvents, pesticides, and aerosol propellants. Once released into the air these ozone-depleting substances degrade very slowly. In fact, they can remain intact for years as they move through the troposphere until they reach the stratosphere. There they are broken down by the intensity of the sun’s UV rays and release chlorine and bromine molecules, which destroy the “good” ozone. Scientists estimate that one chlorine atom can destroy 100,000 “good” ozone molecules.

Ozone depletion can cause increased amounts of UV radiation to reach the Earth which can lead to more cases of skin cancer, cataracts, and impaired immune systems. Overexposure to UV is believed to be contributing to the increase in melanoma, the most fatal of all skin cancers. Since 1990, the risk of developing melanoma has more than doubled. UV can also damage sensitive crops, such as soybeans, and reduce crop yields. Some scientists suggest that marine phytoplankton, which are the base of the ocean food chain, are already under stress from UV radiation. This stress could have adverse consequences for human food supplies from the oceans.

Much advice has been dispensed by the United States Environmental Agency (USEPA) and numerous other Health Authorities around the world on the hazards and use of ozone generators and other air purifying equipment that produces ozone. Even at low concentrations, ozone can be harmful to the upper respiratory tract and lungs. It is classified as a primary irritant and the severity of injury depends on both the concentration and the duration of exposure. Users are cautioned to verify any claims of benefits made by equipment manufacturers.

At ground level, ozone is a harmful pollutant. Ozone pollution is a concern during the summer months because strong sunlight and hot weather result in harmful ozone concentrations in the air we breathe. Many urban and suburban areas throughout the United States have high levels of “bad” ozone. But many rural areas of the country are also subject to high ozone levels as winds carry emissions hundreds of miles away from their original sources.

Breathing ozone can trigger a variety of health problems including chest pain, coughing, and throat irritation. It can worsen bronchitis, emphysema, and asthma. “Bad” ozone also can reduce lung function and inflame the linings of the lungs. Repeated exposure may permanently scar lung tissue.

Healthy people also experience difficulty breathing when exposed to ozone pollution. Because ozone forms in hot weather, anyone who spends time outdoors in the summer may be affected, particularly children, older people, outdoor workers and people exercising. Millions of Americans live in areas where the national ozone health standards are exceeded.

Ground-level or “bad” ozone also damages vegetation and ecosystems. It leads to reduced agricultural crop and commercial forest yields, reduced growth and survivability of tree seedlings, and increased susceptibility to diseases, pests and other stresses such as harsh weather. In the United States alone, ground-level ozone is responsible for an estimated $500 million in reduced crop production each year. Ground-level ozone also damages the foliage of trees and other plants, affecting the landscape of cities, national parks and forests, and recreation areas. 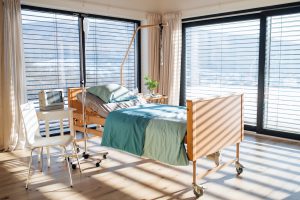 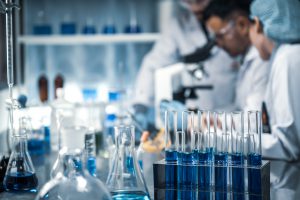 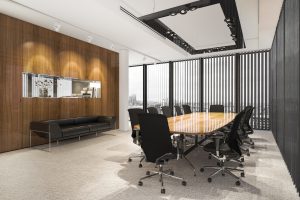 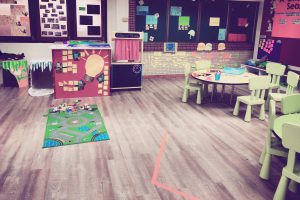 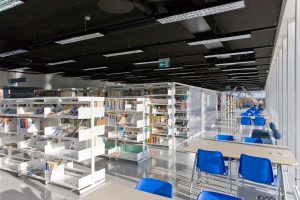 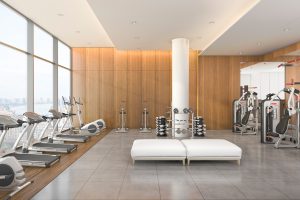 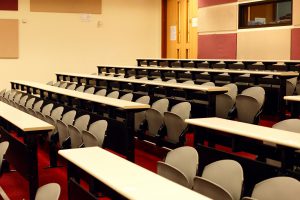 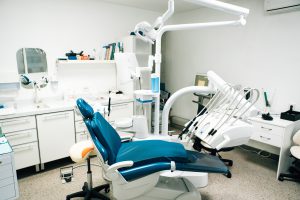 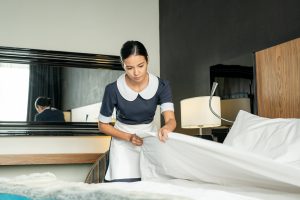 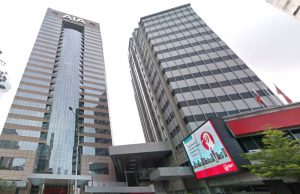 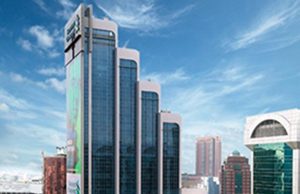 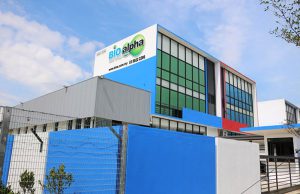 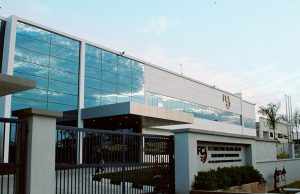 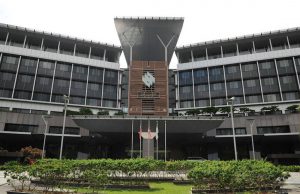 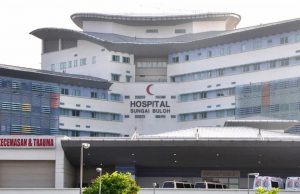 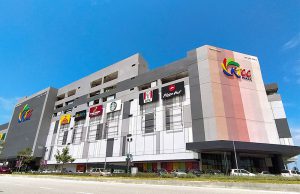 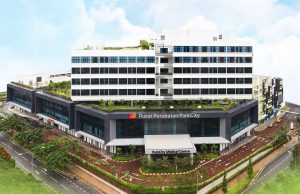 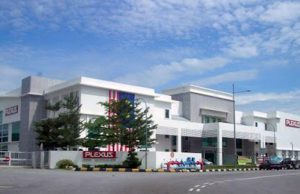 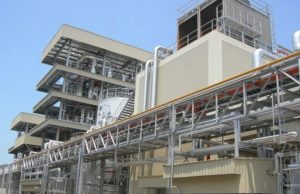 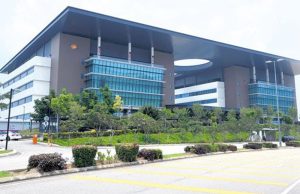 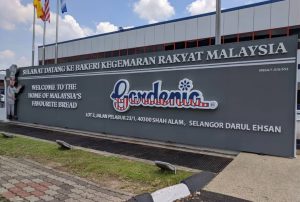